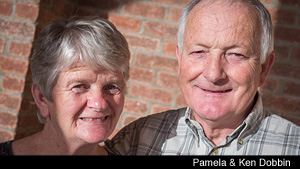 Founder members and vision-holders Ken and Pamela worshipped at West Church, Bangor in N Ireland for 30 years where they committed themselves to many aspects of church life while raising three sons. In 2001 they moved to Kesh in Co. Fermanagh and worship at Ardess Parish Church. Ken retired in 2004, so they now spend 6-8 months of the year in Kenya split over two or three visits each year. 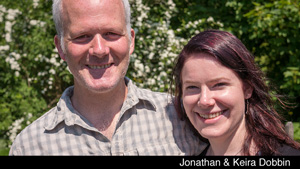 Jonathan joined the Committee in 2006 and became Chairman in 2015. He has had many extended visits to the projects—the latest in April 2018. In 2013 he was joined in Kenya by his wife Keira. He is familiar with the area of Kindfund operations in Northern Kenya having initially extended the work up to the Rendille in 2007. In 2015 he led a team of 8 visiting the projects in July and August for the purpose of running a week long bible camp. In January and February and June 2016 and November 17 he paid further visits to the projects. After over two years as a member of Butts Church Alton in Hampshire he returned to N Ireland joining West Presbyterian Church in Bangor, Co. Down. Recently he has moved to mid Down. He successfully completed a degree in theology in 2014 studying at Belfast Bible College.

Daphne visited the projects in 2007 and 2011 along with her daughter and son-in-law. Since her first visit she has been wholly committed to the children in Kenya and with the full support and encouragement of her husband Philip she has spoken about the work in various venues and opened up a wider support base in South Antrim, Belfast and Leicestershire. She lives near Templepatrick where she is very much involved in the local parish church. Daphne is our prayer secretary. She joined the Committee in 2012. 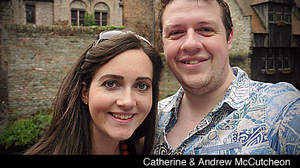 Catherine and her husband Andrew visited the projects in 2007 and 2011. They fell in love with the Kindfund children and Kenya during the time they spent there. Catherine was a member of the Kindfund Outreach Committee and led the team planning the children’s time spent in the Antrim area in October 2014. Catherine joined the Committee in 2015 and along with Andrew they are developing the involvement of schools and youth organisations with Kindfund. 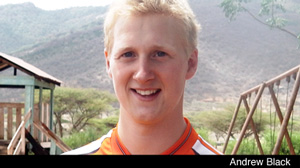 Andrew’s family have been long-term supporters of Kindfund. He joined the Kindfund Committee in June 2015 and was appointed Secretary. He has had a long-standing interest in mission and visited the Kindfund projects in Kenya for 6 weeks in the summer of 2014 where he was involved in the preparation for the Outreach. The Outreach children visited his home and church in October 2014. Andrew is currently training as a solicitor in Belfast. 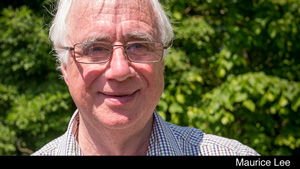 Maurice and his wife Louie have been supporting Kindfund through the sponsorship scheme since 2005. More recently, Maurice has been of great assistance with some administration functions at home. It was he who persuaded Ken to visit the grave of Baden Powell at Nyeri in Kenya and have some photos taken which appeared in Maurice’s book ‘Scouting in Fermanagh’, sales of which raised money for Kindfund. Maurice has been steeped in the Scout Movement all his life and worships at Ardess Parish Church in Kesh. He joined the Committee in 2013. In 2018 he was awarded an MBE for services to Scouting. 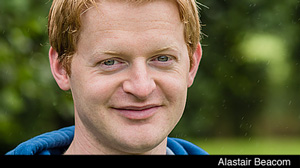 Board Trustee Alastair visited the Kindfund projects in 2012 and 2013. He was involved during the Outreach in 2014 in helping to provide for the children’s education and pastoral care during their stay. He also helped organise the children’s programme for the Belfast and North Down area and during this time the children were able to visit Willowfield Church where Alastair is a member, and also Elmgrove Primary School where he was a teacher. He has recently in 2018 been appointed Headmaster of Dunclug primary school in Ballymena. 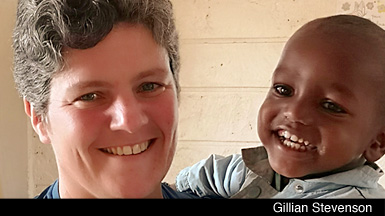 Gillian joined the Committee in June 2018. She first visited Kindfund Kenya participating in a Bible Club team. This turned out to be a life changing experience for her and she was back again in 2016. Since 2017 she has had a call on her life to become more involved in the running of Kindfund Kenya and she has been shadowing Ken and Pamela in the work visiting twice a year for up to 3 months at a time. Her financial background running a Post Office has been great preparation for the oversight of finance in Kenya. She worships at Fermanagh Christian Fellowship in Enniskillen

We thank God for a growing number of people not mentioned by name here who have given of their time and resources to organise support for the work of Kindfund, particularly those in Perthshire, Fife, Cheshire, Leicestershire, Hampshire, Yorkshire, Wiltshire and in Ireland.

Kindfund draws support from across the Christian spectrum and welcomes enquiries from those with the right heart and interest. While mainly based in Northern Ireland, its support base is spread across the UK and Ireland with the beginnings of support in Austria, Canada, the Netherlands and the USA.