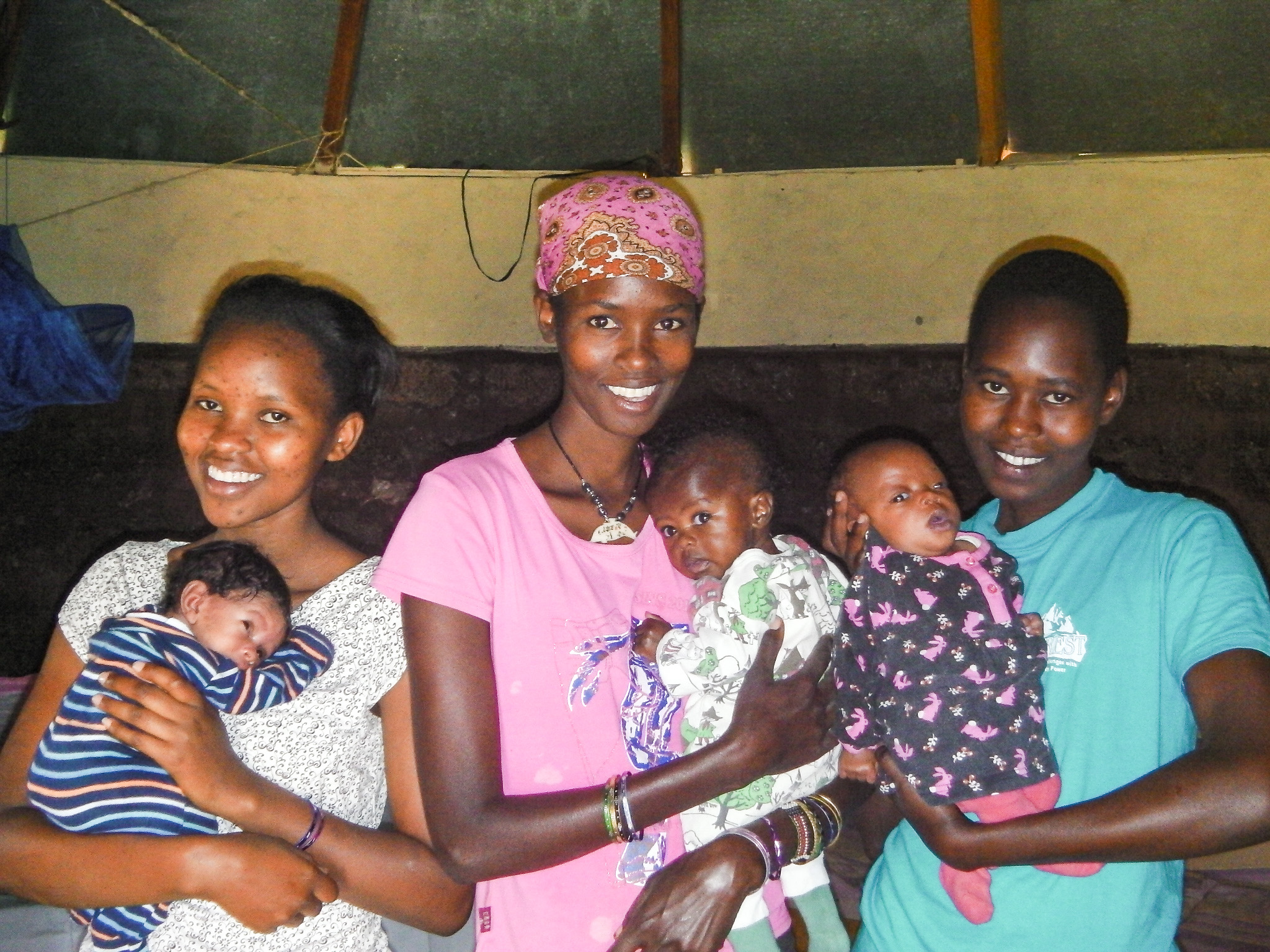 Wednesday 11th November brought many blessings to our Children’s Home at Ngaremara.

At 3pm in the afternoon Robert and Catherine arrived from Oldonyiro and in the car two new babies rescued by them in the previous four weeks. Shortly after their arrival came the long awaited rain which has since been repeated on a number of days.
Babies Joy and Diana had been unwanted and their lives were in danger. Catherine had brought them under the care of Kindfund and on Wednesday 11th they were safely delivered to Ngaremara into the care of Aris and Esther.
Diana was premature and quite small at 1.6kg. Please pray for both the girls and the staff at Ngaremara as they nurse them through these early weeks

Update Monday 16th November 2015
The babies were taken to the hospital baby clinic in Isiolo today, a 40km round trip.They were examined, weighed and vaccinated. Both have added weight since last Tuesday when they were last weighed at a clinic in Oldonyiro. Joy has increased from 3.1 to 3.15 kg while Diana has shown a big increase from 1.6 to 1.9 kg. The improvement in Diana is a particular blessing. Continue to pray as the nannies at Ngaremara care for the babies.

Update Wed 25th November 2015
The local clinic at the mission in Ngaremara confirmed today that the babies are continuing to do well and gain weight. Joy is now 3.5kg having increased by 3.5 grams in 9 days and Diana has broken through 2kgs at 2.1 showing another 2 grams in the same period. We thank God for his mercy and for the four young ladies acting as nannies.

Update Wed 2nd December 2015
Joy has increased by one gram to 3.6kg and Diana by 4 gram to 2.5kgs. Both babies are doing well and are comfortably settled with their nannys. Please continue in your prayers for them and all one hundred and twenty-five children at Ngaremara, Wamba and Ndikir

Update Mon 11th Jan 2016
The girls are continuing to do very well. Every day they improve and their recognition increases. Smiling when they see familiar faces and hear familiar voices. They are a real blessing. At the clinic today Joy weighed at 3.9kg and Diana at 2.7kg. The nurses are pleased with their progress. Please continue to pray for them and the nannies who are being so devoted. What a blessing.

Update Mon 7th March
The two girls were joined by a third baby Jonathan born on 1 January 2016. All three babies continue to show healthy growth with the smaller ones rapidly catching up. Today Joy weighed in at 4.6kg, Diana at 4.5kg and Jonathan Alan at 3.1kg. Consumption of baby formula milk has increased with Joy managing one tin of Infacare 2 every 4 days and Diana and Jonathan between them drinking 1 tin of Infacare 1 every 2 days. Diana will join Joy on Infacare 2 later this month.

Update Mon 4th April 2016
Three babies visited the clinic in Isiolo today and we are pleased to report further weight gains. Joy 5.4kg, Diane 4.9kg and Jonathan 3.7kg. We are happy with the progress and give thanks for the girls looking after them. Damaris had to hand over Diane in March as we have sent her to YWAM Athi River on a 5 month discipleship course. Please continue to remember in prayer the babies, our other 122 children and the staff

Update Mon 12th September 2016
Our three babies were joined by a fourth, Gideon, in June. Good progress continues Joy now 7.54 kgs, Diana 7.28 kgs, Jonathan 6.1 kgs and Gideon 7.82 kgs. Please continue to pray as we hear another has been rescued last week and may come in our direction.