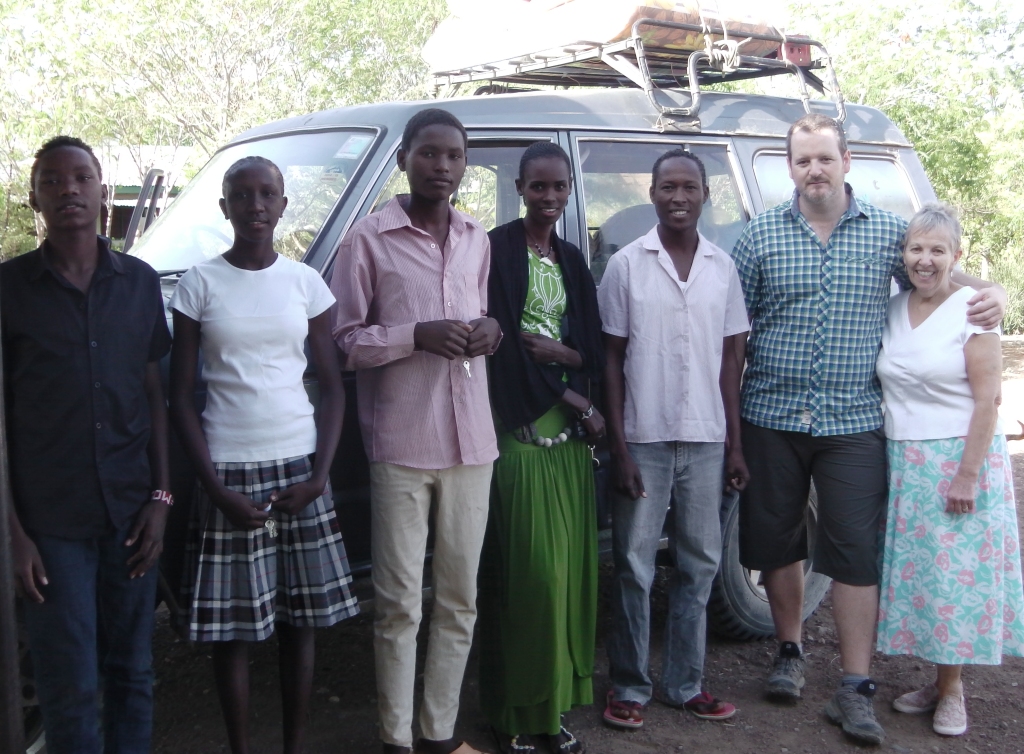 Andrew and Helen, from Bangor Co Down, crammed a lot of activity into their two weeks at Kindfund. It was their first visit to Kenya and they took to it like the seasoned travellers they are.

Andrew quickly found himself on a busman’s holiday when Caroline one of our teenagers with Diabetes took ill. He accompanied her to the District Hospital in Isiolo where she was given treatment. He was surprised to be put on the street at 6pm along with Caroline because the Doctors were on strike and the hospital was closing.

Ken picked them in the car and took them to a small private clinic in Isiolo. Andrew waited patiently while they sorted her out and installed two drips – antibiotic and insulin and agreed to admit her. After some thought that evening we decided the best course was to take her to Wamba (110kms) where we have a children’s home and there is a Catholic Mission Hospital. Next day we collected her paid the bill and she accompanied us to Wamba where Andrew again spent time arranging for her admittance and discussing her treatment. (Caroline spent over 2 weeks in hospital till she was stabilised and the hospital are continuing to monitor her after discharge – the bill at the mission hospital is covered by NHIF insurance which we pay monthly for all the children)

Meanwhile Helen was enjoying the kids playing games and showing them handcrafts. Both enjoyed the break from winter at home and basking in heat as high as 35 at times.

It was not all fun and games and Andrew experienced some of the driving on tarmac and rough roads. Andrew and Helen took three of our teens to their new Polytech (70kms away) on their first day stopping by at the Uniform shop in Isiolo to purchase all the requirements – something of a Kenyan experience for them.

They were both very helpful and excellent company during their short stay. As we said goodbye to them on 21 Jan we welcomed William, from Kesh for two weeks

Thank you! Andrew and Helen for your visit. The kids will miss you.