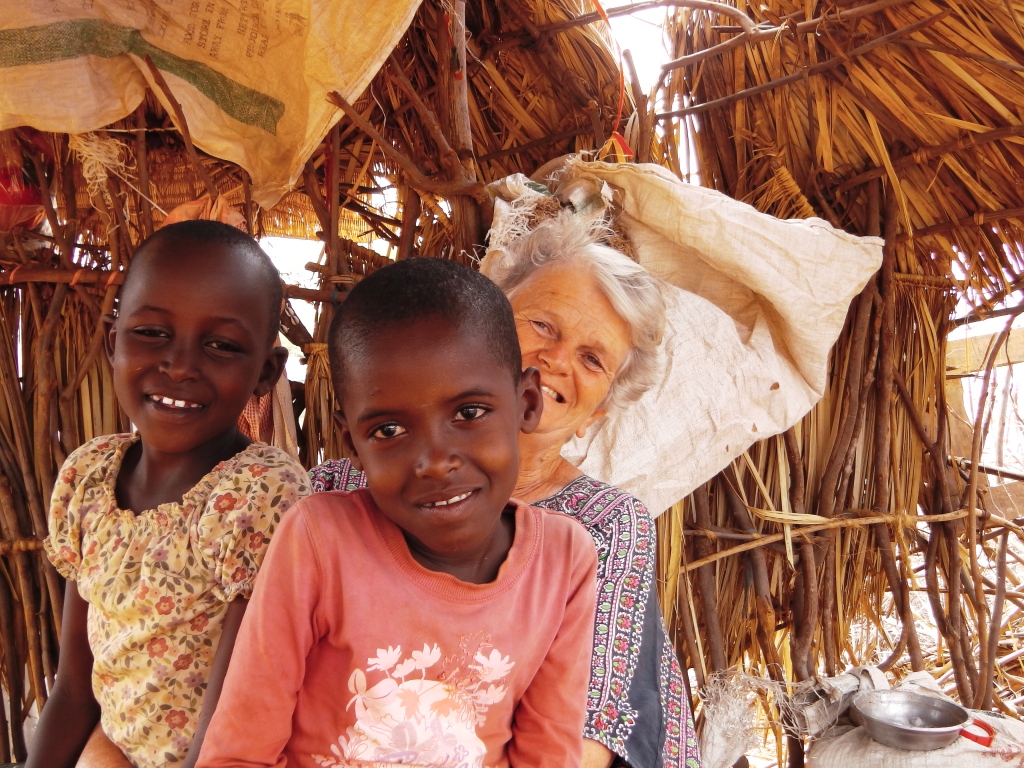 Returning to Ndikir in our last full week, we serviced the Lister engine and made a permanent repair of the damaged wires from the generator. Bleeding out the air from the fuel caused us a little heartache, but eventually we had it running sweetly!

Next, we loaded the 1000 litre tank into the pickup and, fixing a hose from it to the pipe at the borehole, we had it filled in 10 minutes. A five km drive to our new classroom…and the water was transferred to the 10,000L on-site tank.

Repeating the journey a couple more times gave enough water to allow us to complete construction of the double latrine, a job that had been stalled two months earlier as we were unable to make concrete due to the shortage of water.

Five days later we returned on a short day visit with Pamela for her to see the children – especially two young girls Ntodia and Linah who have been with us for four years. Pamela was surprised to see how much has changed already at the new site, where a pitch has been cleared for the children to enjoy playing football.

Meanwhile, Raphael has marked out a 10 acre site which we plan to fence with local hedging in preparation for the start of building next year.