It placed in live context some of the plans

It was a good experience to be joined by Jonathan for a visit to Kindfund children and staff mid – May to June 22.
We packed a comprehensive tour of the projects into just less than 4 weeks during which we enjoyed activities with the children and time to review each project with the staff. It was an uplifting and profitable time. It placed in live context some of the plans we have been considering and the issues and challenges that face us.

We were privileged to be able to share God’s word with the children at our three homes and hear them share bible verses. The younger children at Ngaremara enjoyed some boisterous indoor games with us and at Wamba we were challenged by a demanding walk to climb a large rock and still face a return walk to the home. Stretched me to the limit. It was a very good opportunity to come alongside some of the children as we walked and chatted together. An opportunity to show care and love and build a relationship of trust.

At Dabel, close to the Ethiopian border, we had the opportunity to see the new feeding project, started in November 21, in action for the first time and to discuss some further developments and expansion with the team there. A further 15 are to be added to the 35 children on the programme and we agreed to support the 10 poorest orphans with school fees to help stabilise the school and its ability to employ teachers. On the capital front we agreed to consider a budget to build a kitchen shelter to protect the cooking from the elements of wind and dust and of course rain in season and to finish three classrooms lacking in dividing walls and with a roof and windows needing completion. Two children with specific health issues will be included in our NHIF (Hospital Fund) contributions.

When we travelled to Dabel (500kms from Ngaremara) we took a manager from each project to team build and we had a time together in Moyale when we were encouraged to renew our vision for each project. We had an initial introduction to the ‘National Care Reform Strategy for Children in Kenya’ which has far reaching proposals into the future of Children’s Homes. A subject we will return to.

Water remains a key concern at all our locations and after Jonathan returned home I was focussed on solutions at Ngaremara and Wamba in particular. Some progress for the short term was made at Ngaremara by arranging for the bore hole with hand pump to be lowered by another 3 feet to cope with a lowering water table.
Plans for the longer term include a deep borehole and along with a local contractor I arranged for a proposal which will require 3.1m ksh (approx £22,000) to deliver the survey, permissions, drilling, storage and solar power. We are currently looking at these requirements to put in place the finance.

At Wamba we agreed to replace one of our original storage tanks which had been damaged. A total cost of c.80,000 ksh (approx £575)

We were reminded of how much has changed since we first started at Ngaremara in 2004 when, before Jonathan left for UK, we had the opportunity to visit the first District Officer of Ngaremara. A much increased population, a growing urban sprawl along each side of the main road (now a tarmac highway bringing development) North to Ethiopia

Wisdom for trustees and management in a changing environment 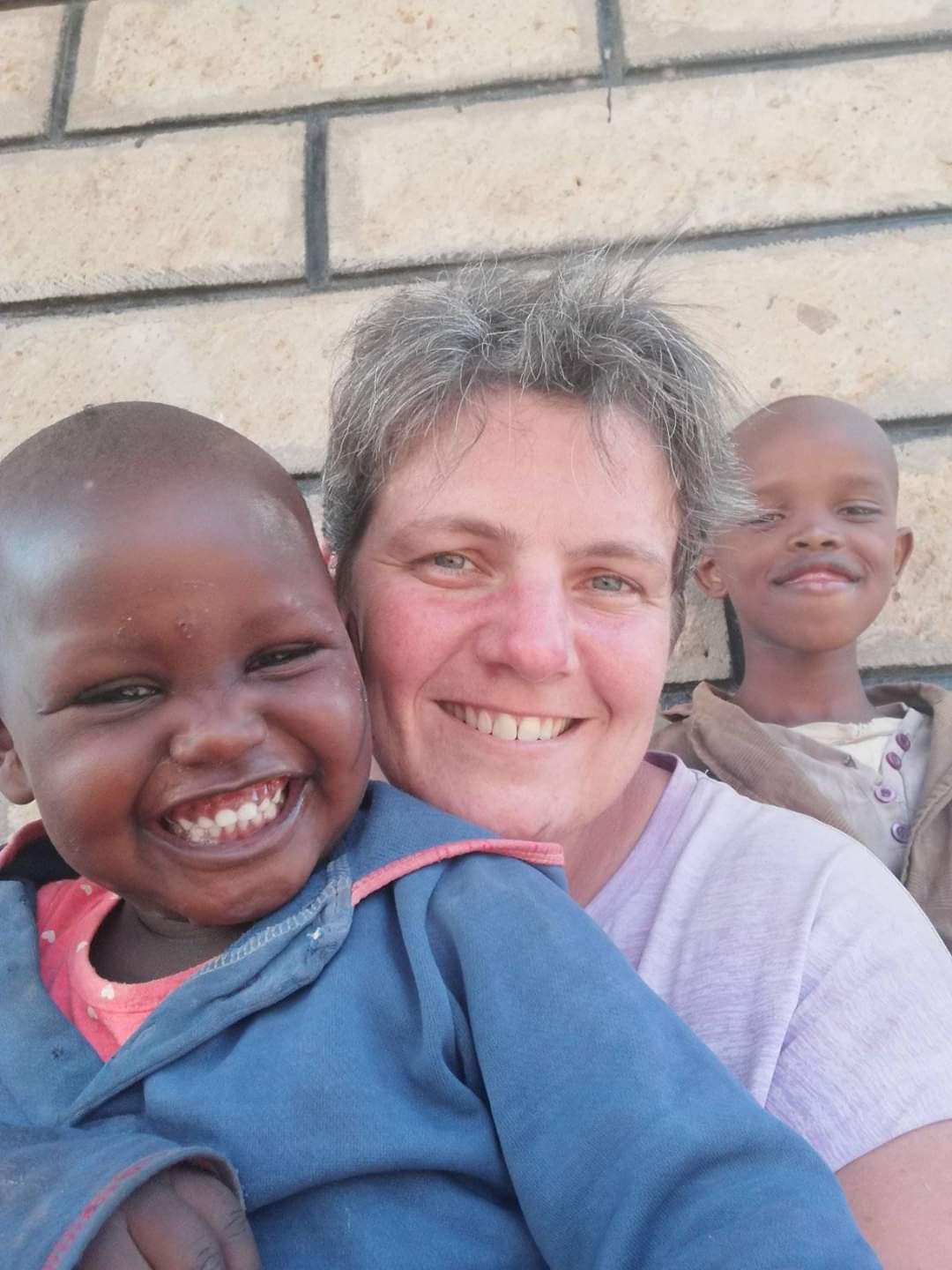 Tears of Sadness and Joy 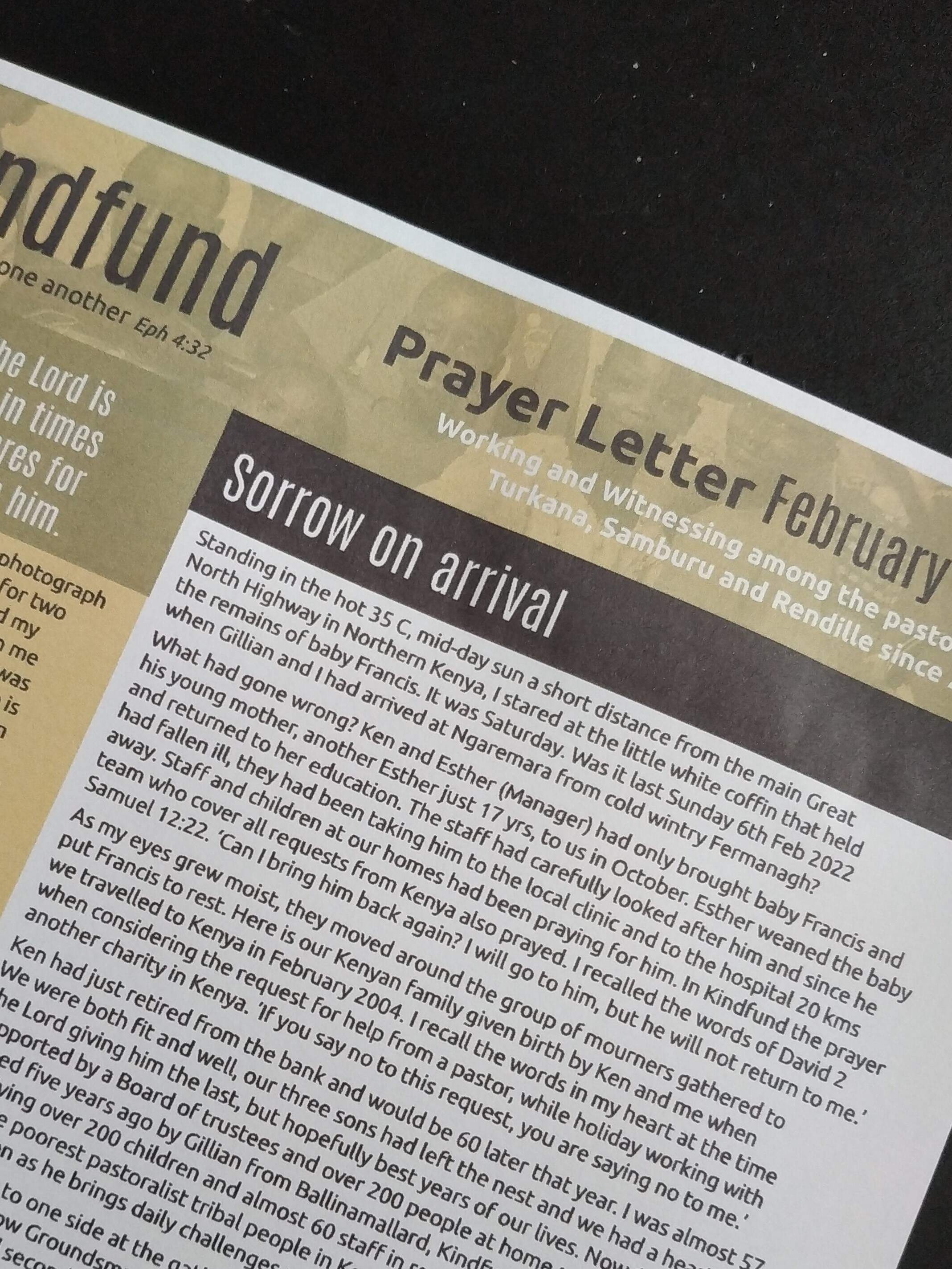 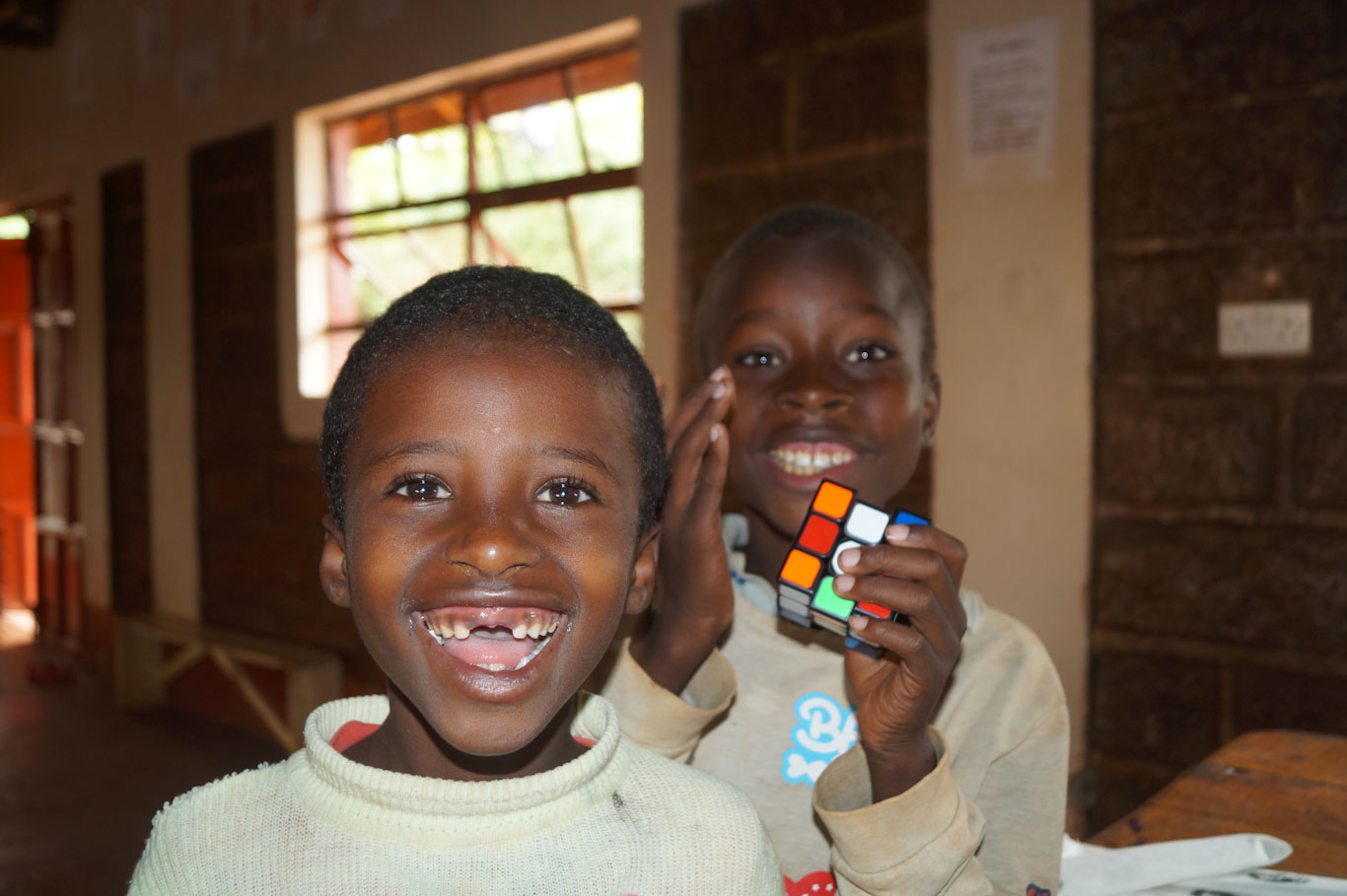 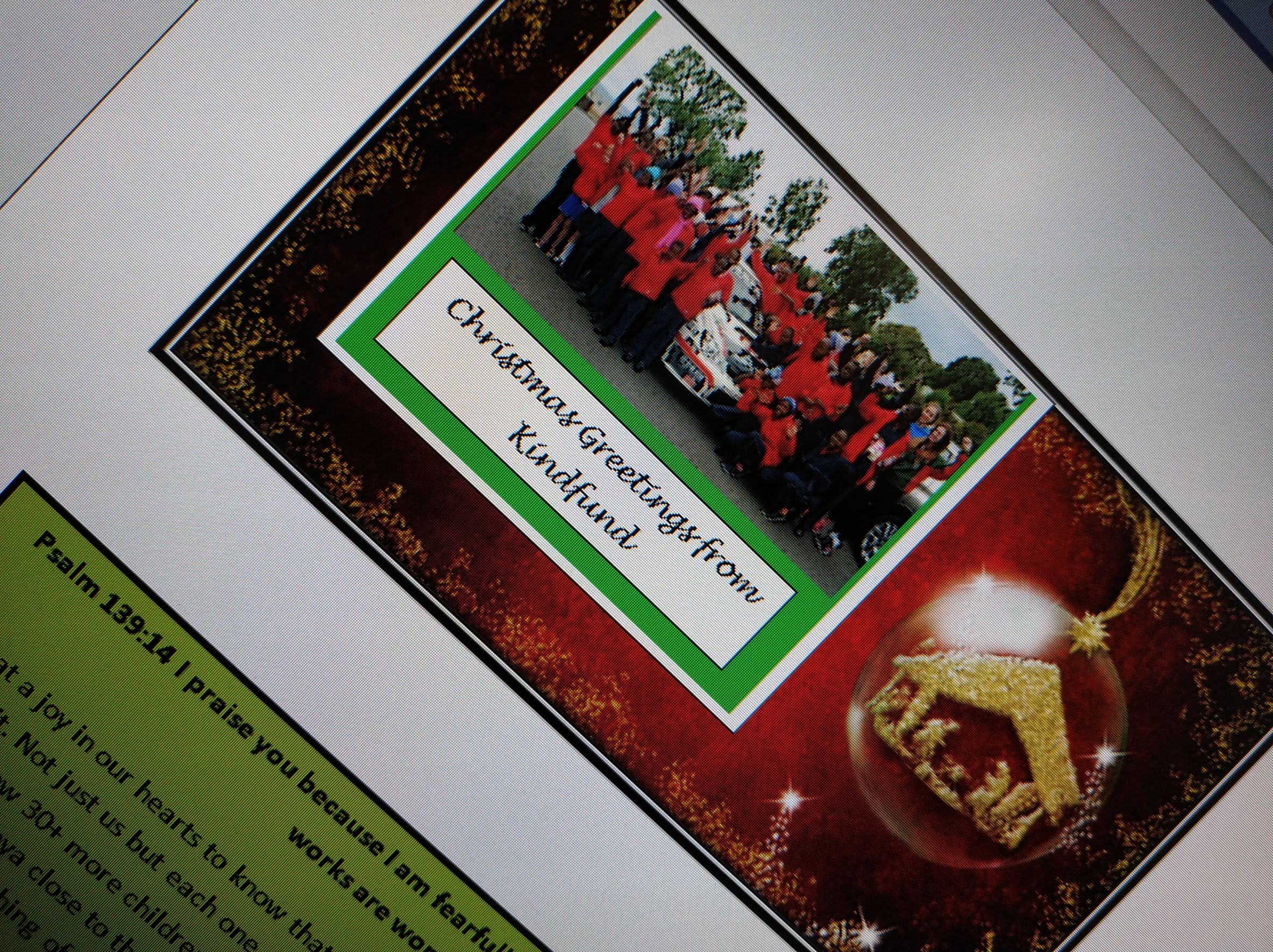 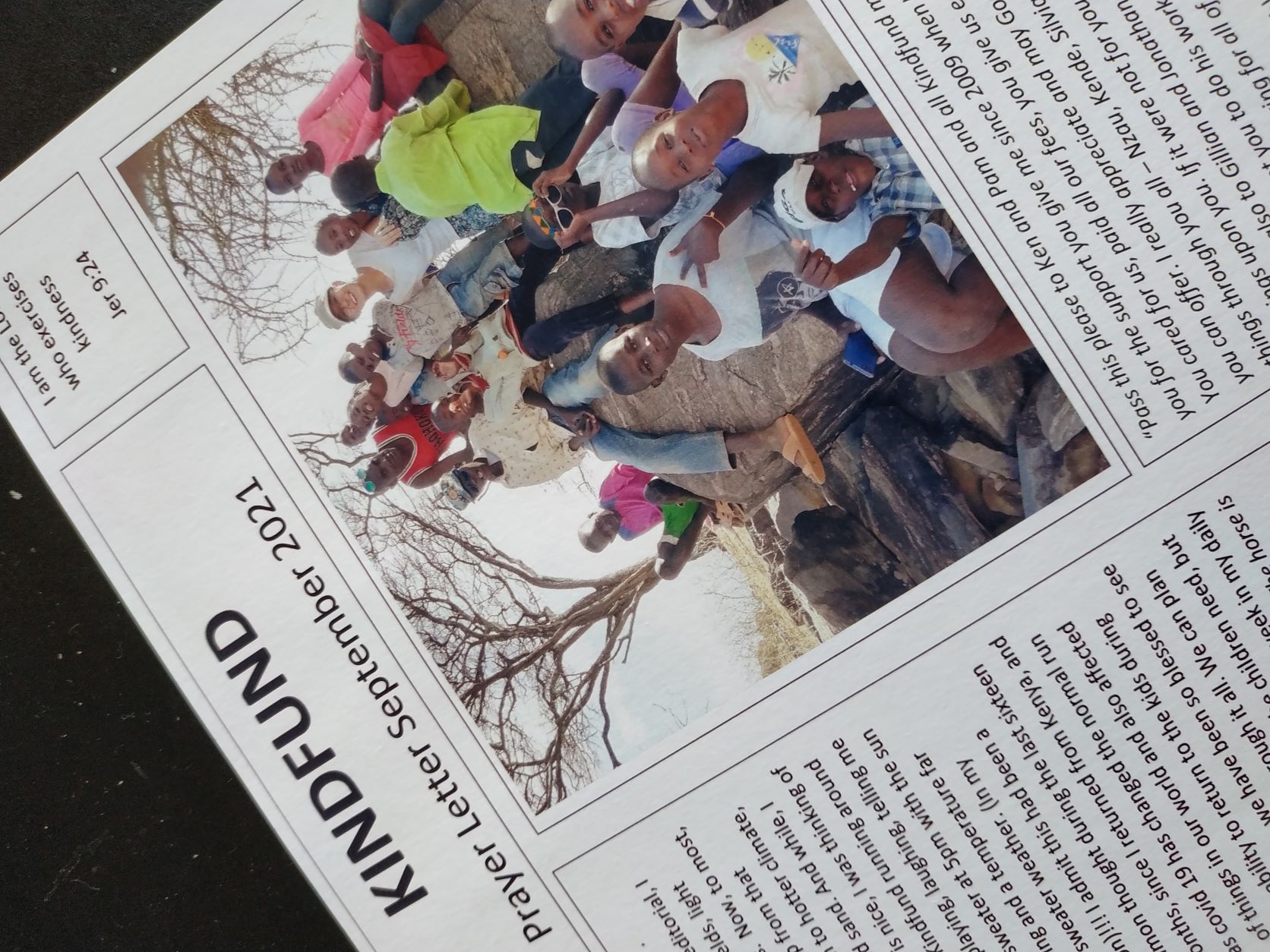